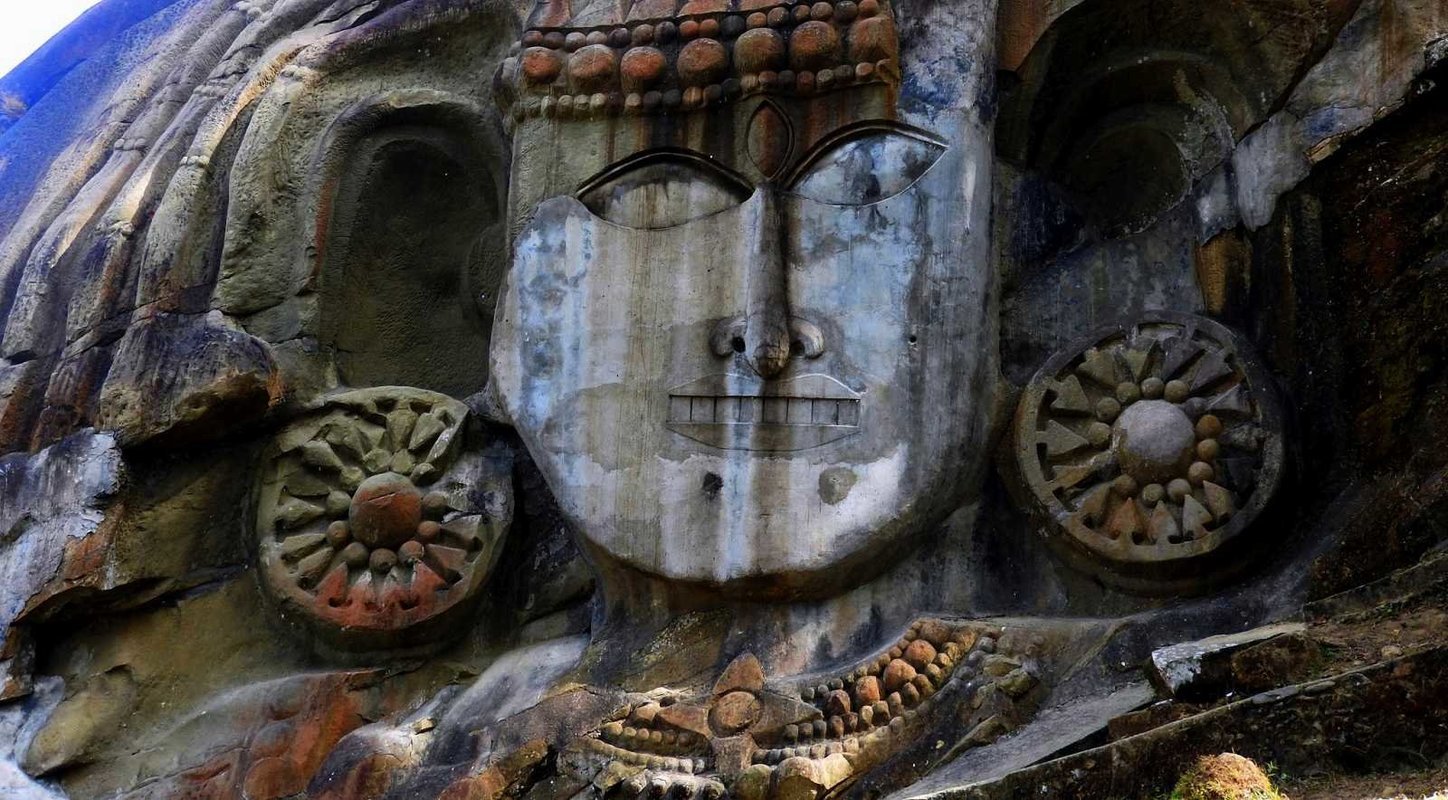 A Touch of Royalty Hides in Every Corner of Tripura

Tripura is a picturesque hill state in northeast India bordered by Mizoram in the east and Bangladesh in the north, south and west frontiers. This erstwhile princely state echoes its monarchal past in the imposing palaces and temples dotted across the land and the royal legacy is a popular refrain in much of Tripura’s history and culture. Luminaries like Nobel laureate Rabindranath Tagore received patronage from the royal family and later this patronage was extended to other literary and musical doyens including celebrated composer S D Burman. Tripura is also home to a rich selection of rare flora and fauna. The Sepahijala Bird Sanctuary and Dumboor Lake are especially popular with bird watchers for the flocks of local and migratory birds that can be found here. Tripura is a land steeped in legend. It’s where the Lord Shiva turned his entourage of Gods and Goddesses to stone, in a fit of rage. The deities stand frozen for eternity in the rock carvings at Unakoti. The food, culture and language of Tripura show strong influences of its neighbours and yet the state is a perfect example of the old adage that the whole is greater than the sum of its parts.

Showing 2 of 2 trips Sort by 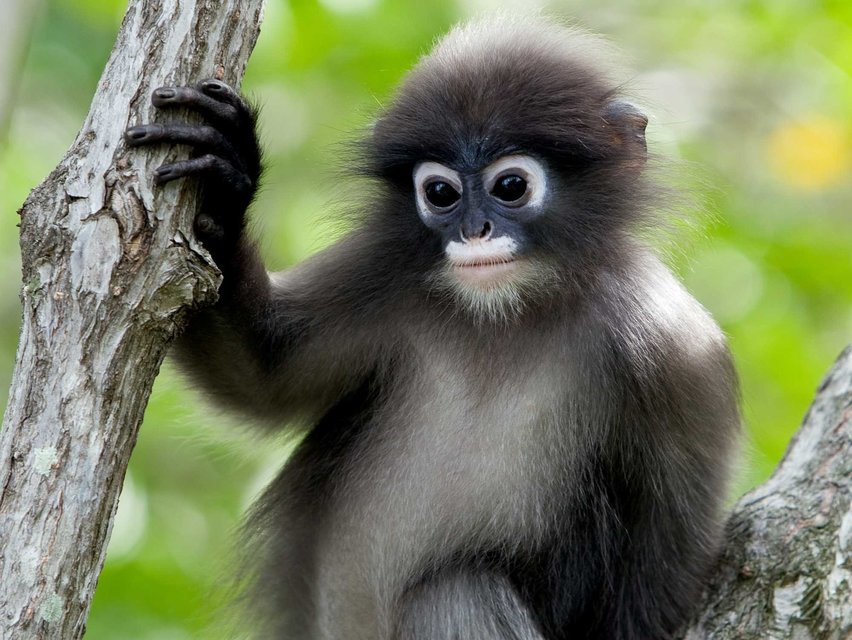 Tripura is a picturesque hill state in northeast India bordered by Bangladesh in the north, south and west and Mizoram in the east. This erstwhile princely state echoes its monarchal past in the imposing palaces and lakes dotted across the land. Our green and cultural tour of Tripura takes you on a visit to some of these magnificent structures that tell intriguing tales of the land’s religious and social history. Tripura is a land steeped in legend. It’s where the Lord Shiva turned his entourage of Gods and Goddesses to stone, in a fit of rage. The deities stand frozen for eternity in the rock carvings at Unakoti. Tripura is also home to a rich selection of rare flora and fauna and our tour includes a double treat for ornithologists with visits to the Sepahijala Wildlife Sanctuary and Dumboor Lake, both noted places for wildlife and bird watching. Best time to visit: October to February 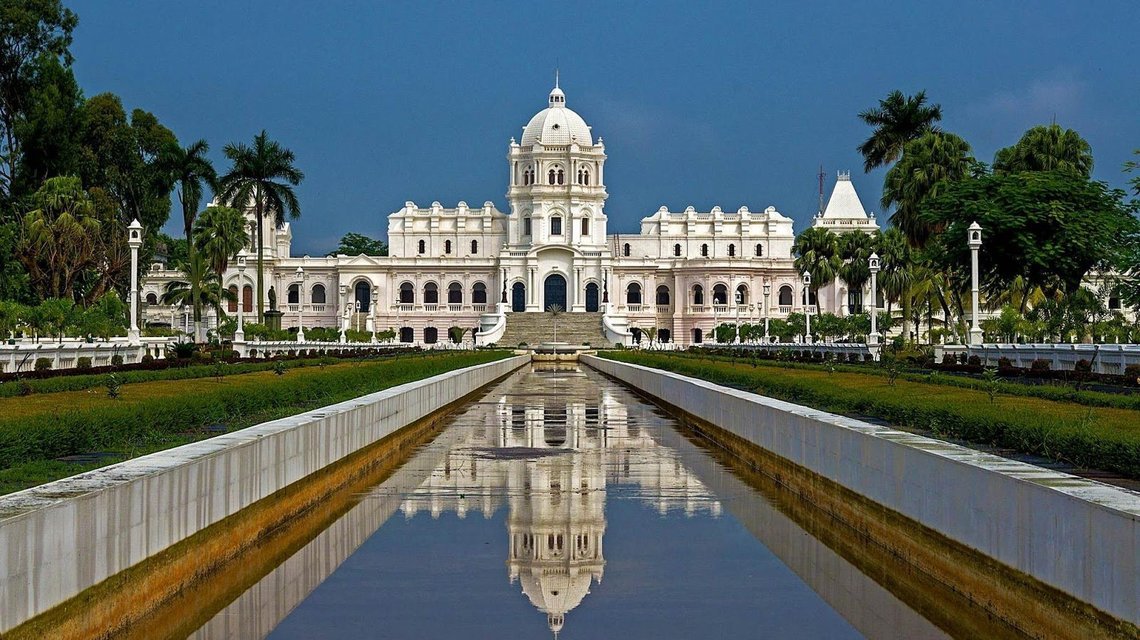 All About Agartala Tour

Royal Agartala trip Agartala is the second largest city in the northeast after Guwahati, and the capital of Tripura. The city is home to some of the best known tourist spots in the state including the royal palace of Ujjayanta and Neer Mahal, a small distance away. This tour lets you explore Agartala and its environs, covering the major points of interest including the Sepahijala Bird Sanctuary and Chaturdasha Temple among others. The tour is a relaxed one where you can take your time learning about the fascinating histories of the places that you visit. The former royals and their legacy are a popular refrain in much of Tripura’s architecture, history and culture and you get to see snippets of this heritage on our tour of Agartala. Best time to visit: October to February

A Taste of Royalty

A tour of Tripura almost invariably finds you tracing your steps to the magnificent palaces belonging to the erstwhile Manikya royal family. The capital city of Agartala is the main commercial and cultural hub of the state and also houses the iconic Ujjayanta Palace. Constructed in 1901 by Maharaja Radha Kishore Manikya, the palace is also a state museum that has several interesting artefacts showcasing the history of Tripura- belonging to its royalty as well as its sizeable tribal population. Neer Mahal is another architectural marvel popular with locals and tourists alike while sightseeing in Tripura. Located in the middle of Rudraprayag Lake, the palace is one of its kind in eastern India and built on the model of Jal Mahal in Rajasthan. The palace was used as a summer retreat of former king Bir Bikram Kishore Manikya Bahadur and shows the opulence and splendour of royal life. In fact, such was the clout of the royal family that Tripura’s main festival, the Kharchi Puja was once restricted to royalty. With changing times, the festival is now celebrated by commoners where offerings are made to 14 deities followed by cultural programmes and festivities.

Tripura is a largely agrarian state and most of its tribal and non-tribal festivals are celebrated to mark the various stages of agriculture and to appease the Gods for a good harvest. Each tribe and community has its own distinctive customs for observing these festivals. Most often, the celebrations include traditional music and dancing. The Lebang Boomani Dance is the one of the most famous dances of the Tripuri people performed to mark the arrival of the colourful Lebang insects. The lebang come in search of the seeds that are sown on the hill slopes. Men and women both take part in this dance. While the men provide a rhythm with traditional bamboo clappers, trying to draw the lebang, the women use colourful scarves to catch them. It is believed that catching more lebang signals a good harvest. Garia festival is another occasion to pray for a good Jhum cultivation through the traditional Garia dance. Similarly, the Bihu dance of the Chakma people, Hozagiri dance of the Reangs, and Hai Hak dance of the Halam community are some of the other well-known folk dances in Tripura.

The hills of Tripura are a treasure trove of exotic fauna and avi-fauna that thrive in their natural habitat. The state is home to the Sepahijala Bird Sanctuary, with over 150 species of local and migratory birds. White Ibis, Whistling Teal and Winged Stork are some of the varieties of birds that can be found here. The park also houses a large collection of rare and endangered animals including the Clouded Leopard and several species of primates like the Pigtailed Macaque, Rhesus Macaque and Spectacled Monkey. The park also has facilities for boating and ornithologists can enjoy a spectacular view of birds that flock to the river for a catch or drink. Another popular destination for bid watchers is Dumboor Lake which owes its name to its resemblance with the distinctive tabour shaped ‘dumboor’ of Lord Shiva. The lake is frequented by a several varieties of local birds all year round and exotic migratory birds in winters. Here too, one can enjoy boating and watch the birds from the vantage point on the water.

Land of Myths and Legends

Tripura is full of intriguing myths and legends that reflect the land’s socio-religious history. Unakoti is the site of Tripura’s famous rock carvings, some dating back to the 9th or 7th century. According to legend, Shiva who was travelling with his coterie of gods and goddesses had stopped here for a night, ordering everyone to rise early the next day. When Shiva awoke to find everybody still sleeping, he was overcome with rage and in a fit of fury turned them all to stone which is how they remain to this day. Tripura’s famous Tripurasundari Temple is also steeped in a complex and intriguing legend. The temple dates back to the close of the 15th century and was built by the King Dhanyamanikya after a purported divine ordain in a dream. Tripurasundari Temple is also one of the 51 Shakti Peeths or famous pilgrimage sites in Hinduism. According to legend, the Lord Shiva distraught at his wife Sati’s death carried her corpse around the world, lamenting and doing his dance of fury when Sati’s right foot fell to the ground and gave rise to the Tripurasundari temple. Ahom is a cultural tour company that lets you live the stories at each of these fascinating places.

Tripura is a charming state full of natural and cultural wonders, just waiting to be discovered. Ahom takes you to the best known tourist attractions as well as the remote hinterlands for an authentic experience of this beautiful state. With vibrant tribes, exotic wildlife and pristine natural beauty, Tripura offers great variety to the discerning traveller. So come and discover this quaint little state for yourself.