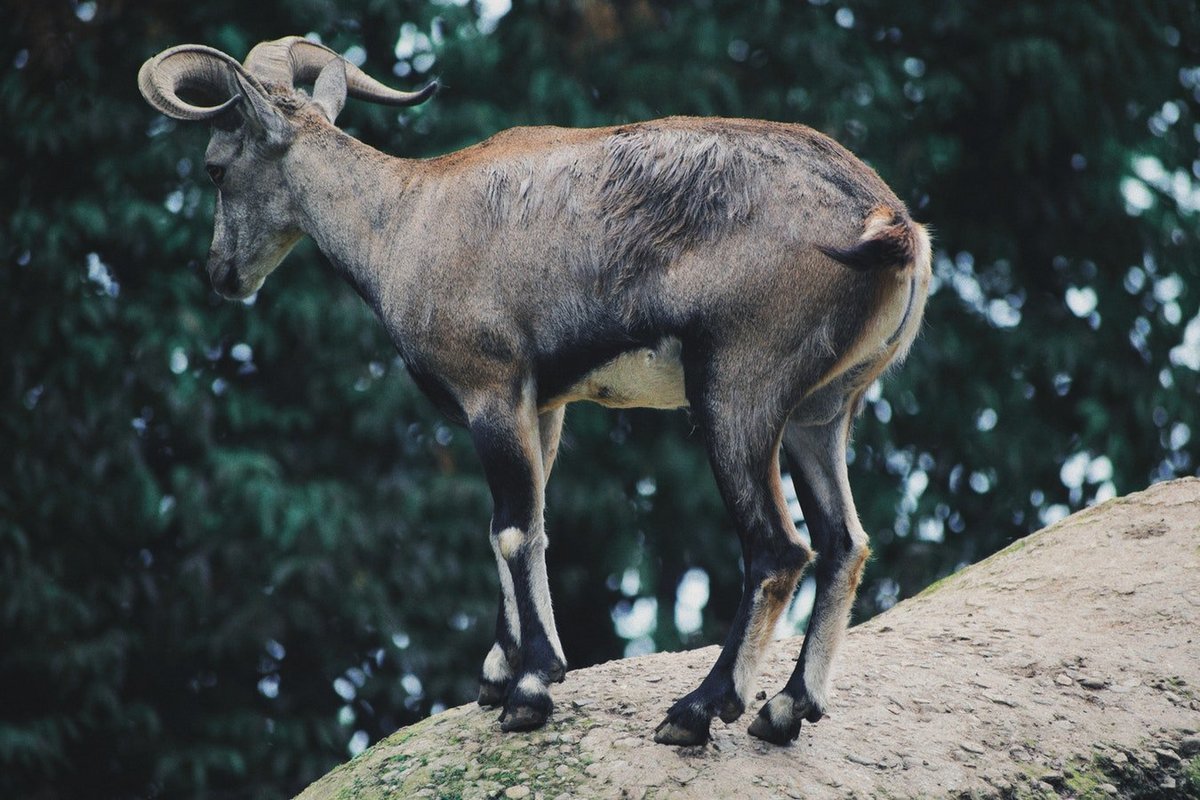 The Mountains Beckon You to Visit Sikkim

Sikkim is the smallest state in northeast India and one of the most popular tourist destinations in the country. Bordered by Tibet in the north, Bhutan in the west, West Bengal in the south and Nepal in the east, Sikkim stands as a tiny hamlet of shimmering lights in the looming shadows of the mighty Himalayas. There are many attractions in Sikkim. From the vibrant hustle-bustle of Gangtok to the picturesque beauty of Changu Lake, from the magnificence of Kanchenjungha to the floral kaleidoscope of Yumthang Valley, Sikkim is a favoured haunt for honeymooners and adventure junkies alike. Sikkim tour package operators offer trips that cater to a wide range of interests. Here’s everything you need to know to plan your trip including the best time to visit northeast India.

Showing 5 of 5 trips Sort by 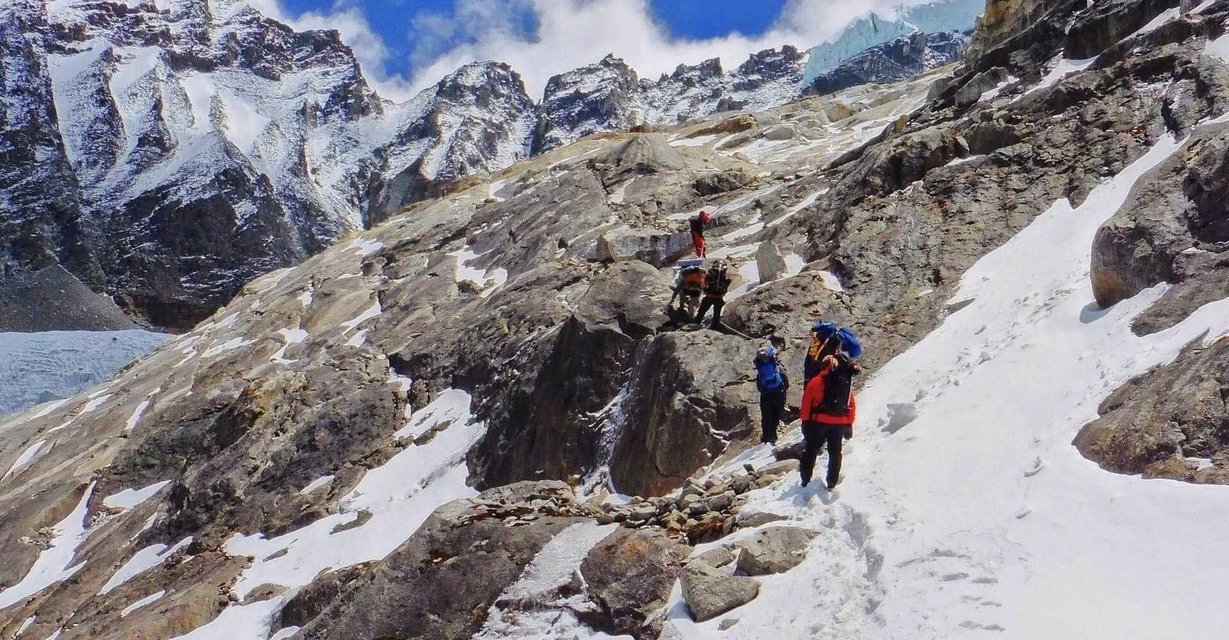 Daring Dzongri Trek - Sikkim Adventure Tours A tour of Sikkim goes hand in hand with exploring its trekking trails. With so many fantastic treks to choose from, it’s difficult to zero in on a favourite. Still, the Dzongri trek in Gangtok vies for the top spot on the list of the best treks in Sikkim. Situated at an altitude of 4200m, the Dzongri trek offers a mix of thrill and love of nature. It is part of the longer Goechala Trek that stretches across a 50- kilometre trail usually covered in 7 days. The Dzongri trek is a condensed route that is favoured by trekkers from across the country because of its challenging terrain. Yuksom is the starting point of the trek and continues across Tsokha to finally reach Dzongri. The Dzongri view point offers spectacular views of some of the most famous peaks in the Himalayan range including Mt. Kanchenjunga, Mt. Pandim, Mt. Kumbhakarna, and Mt. Rathong among others. If you love adventure and love the mountains then this tour is for you. Best time to visit: March to May / September to November Please Note: This trek is recommended for seasoned trekkers and those who are physically fit. It is a fairly strenuous trek and not recommended for children below 16 years of age and those with any physical impediments like arthritis. 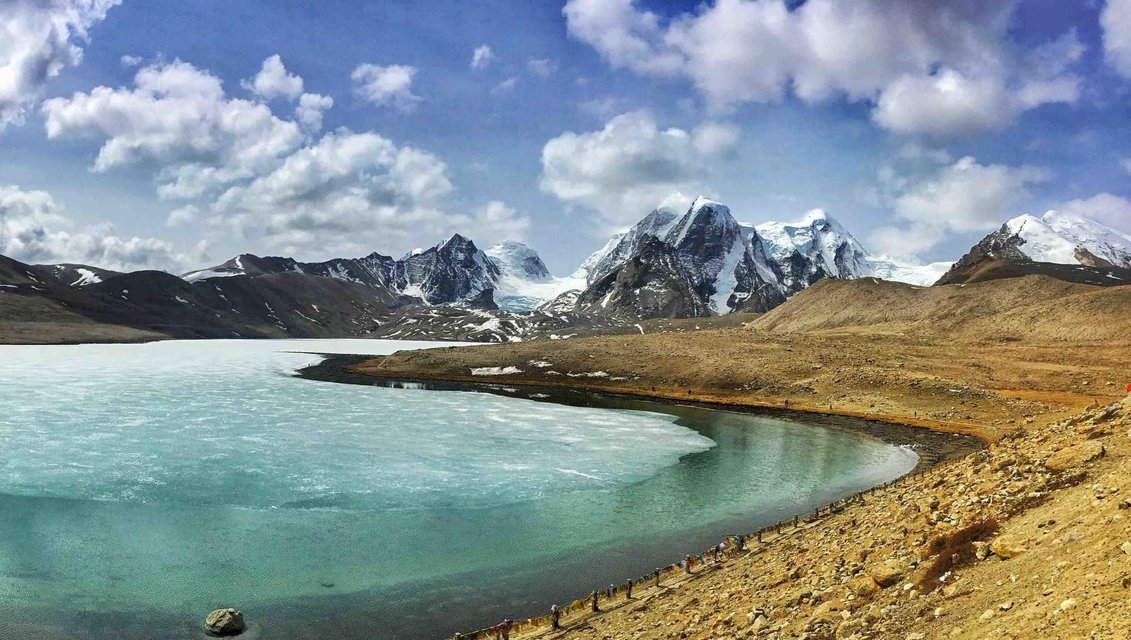 One of the best kept secrets of Sikkim, the Green Lake Trek is a beautiful yet challenging trek that takes you into the heart of the Himalayas. If you love trekking on untrodden trails, crossing glacial streams and rhododendron forests, surrounded by the solitude of the mountains, this trek is for you. The trek begins in Lachen and takes you to the ethereal Green Lake (4935m) via Tallem, Jakthang and Yabuk. Enjoy unrivalled views of Kanchenjunga as you make your way up the rugged terrain of the Himalayan slopes. This is an arduous trek in Zemu glacier that we complete in 14 days with a couple of rest days in between to let you acclimatise to the changing altitude. There are some steep uphill ascents and challenging treks over uneven terrain of boulders and rocky pebbles. You must be mindful of your steps to avoid slipping. One of the highpoints of any trekking trip is setting up camp at the end of the day. After a full day’s exertions, there is nothing better than to retire to the comfort of your tents and spend the night under the stars, by the warmth of a campfire. Best time to visit: April and October Please Note: Due to the strenuous nature of this trek, it is recommended for seasoned trekkers only. Children below 18 years of age are not permitted on this trek. 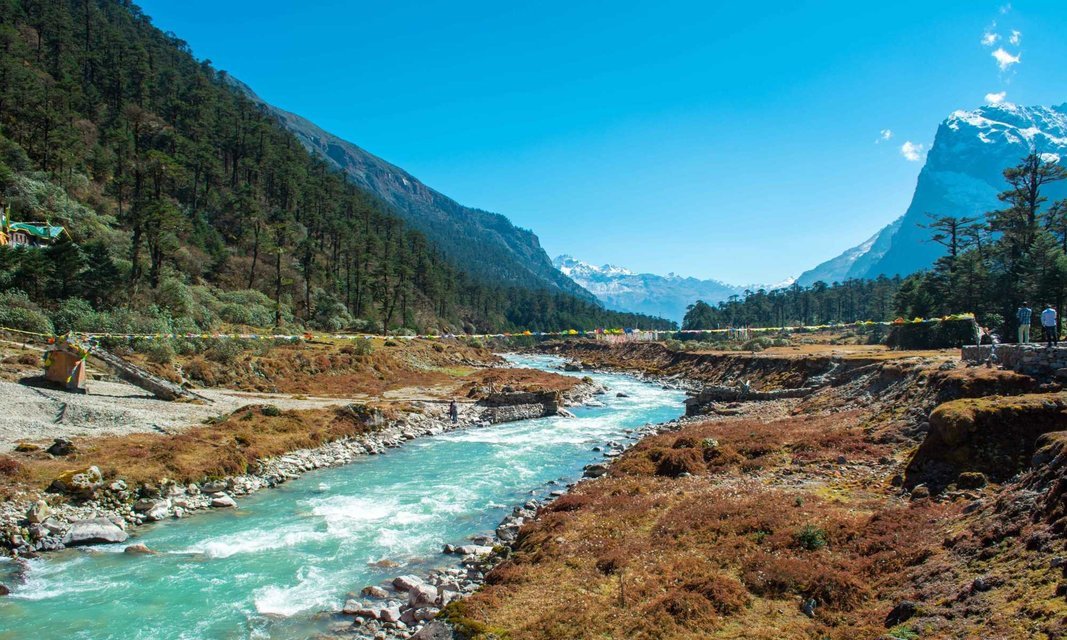 North Sikkim offers a diverse topography of meandering forestland, gushing waterfalls and steep mountain slopes. Our north Sikkim tour takes you across all the major tourist attractions of the region like the Yumthang Valley and the Gurudongmar Lake in addition to several remote and beautiful spots that remain largely undiscovered. Explore the scenic countryside as you drive from one destination to the next and soak in the tranquillity of the surroundings. Best time to visit: April to October 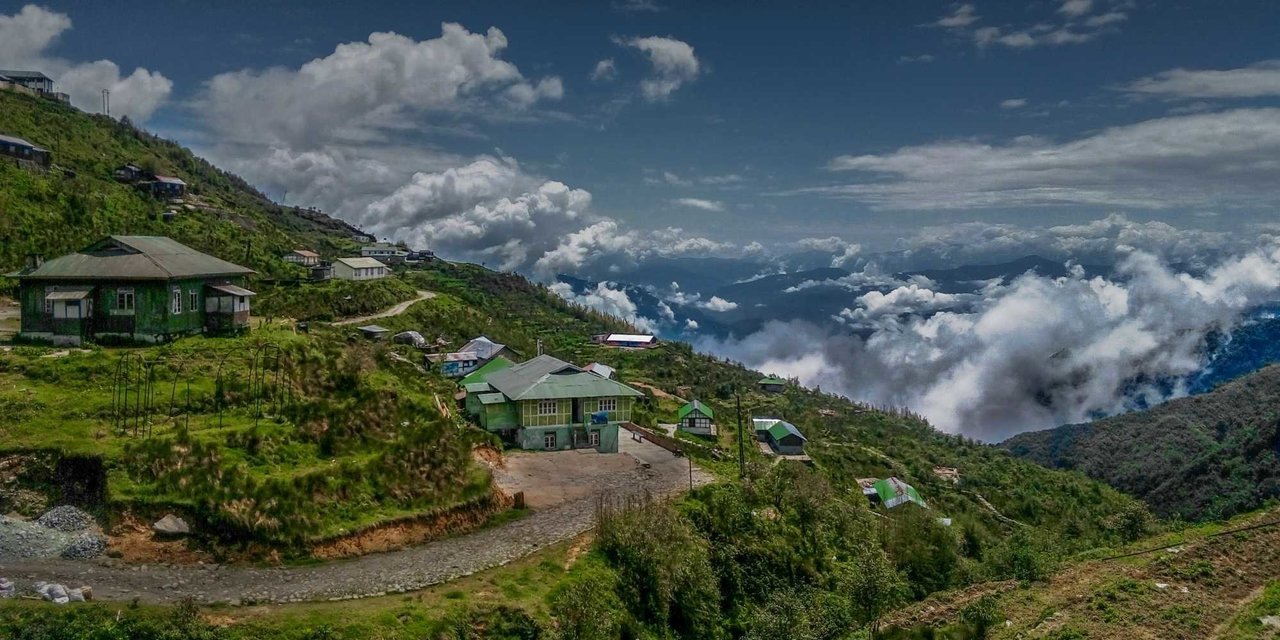 Our Pelling tour package takes you to Sikkim’s capital city Gangtok and its surrounding areas before advancing to the final stop. The tour offers an extensive trip across west Sikkim with visits to some famous monasteries and waterfalls along the way. The piece de resistance of course is the view of the Kanchenjunga on reaching Pelling. This trip is deal for trekkers and photography enthusiasts as it takes you over rugged terrain, across lesser-known trails to offer stunning views of the landscape. Best time to visit: Around the year 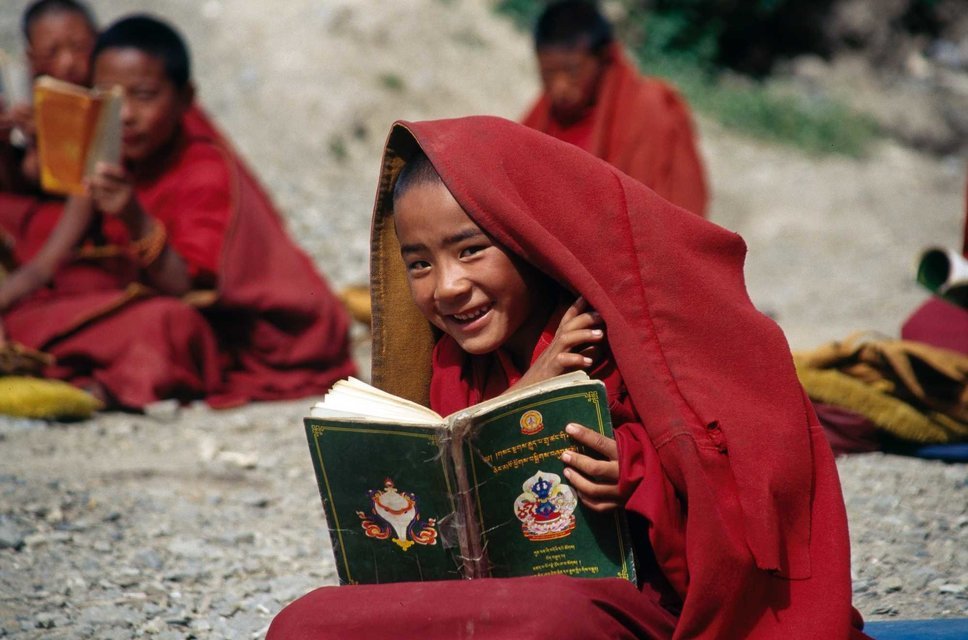 South Sikkim is one of the most popular tourist destinations in the state. There is much to do and see here. From an imposing 130 ft statue of Buddha to the spectacular sunrise seen from Rayong hill, south Sikkim offers a rich catalogue of things to do to suit all interests. Our tour takes you across Ravangla and Namchi over six days and offers flexibility in terms of itinerary. There’s high altitude trekking for those who love adventure, while a trip to a wildlife sanctuary provides a less exertive option. Best time to visit: March to May, September to January

Sikkim offers an uninterrupted panorama of scenic beauty. The landscape changes as you move from one part of the state to the next, to open up different and more mesmeric sights. While north Sikkim greets you with a burst of colour at Yumthang Valley, the west beckons with the pristine waters of Tsomgo (Changu) Lake and the spectacular views of Kanchenjungha at Pelling. As you move southwards, the picturesque town of Ravangla stands at the base on Maenam Hill, a great place if you want to trek the Himalayas. South Sikkim is also home to several natural sulphur springs, known for their medicinal qualities. Nathula Pass remains the highlight of east Sikkim. The pass connects India and Tibet and forms part of the historic Silk Route.

A Colourful Tapestry of Diverse Cultures

Sikkimese culture is a cohesive mix of Nepali, Lepcha and Bhutia traditions. These communities coexist in perfect harmony with one another. They celebrate their original identities while collectively making up the broader tapestry of Sikkimese culture. Examples can be seen in the coexistence of places of worship belonging to different religions- like temples, monasteries, churches and mosques. The same applies to the different festivals, cuisines and languages all found celebrated with equal fervour across the state. Join in the gaiety of Losar, the Tibetan New Year celebrations in the last week of February or the festival of Ram Navami held in honour of Lord Rama in April. There is no one best time to visit northeast India as every month offers new attractions.

Sikkim with its rugged slopes and high altitude mountain passes offers some of the best trekking trails in the country. Most Himalayan trekking companies offer a tour of Sikkim in their travel itineraries. The Green Lake trek to the base of Mount Kanchenjungha is the most sought after trek in Sikkim. The route takes you to Zemu glacier in north Sikkim through a beautiful landscape dotted with exquisite flowers like blue poppies and rhododendrons. It’s important to note that several treks in Sikkim require clearance from New Delhi. The Dzongri- Goecha La trek is another popular route in Sikkim with stunning views of the surrounding mountains and a rich population of flora and fauna. If you want to trek the Himalayas, Sikkim is the place for you.

Gangtok: A Doorway to the Mountains

The capital city of Gangtok is a picturesque hill resort that is the chosen base for travellers in Sikkim. The town is the perfect gateway to the mountains with fantastic views of the Kanchenjungha. There are some great places to visit in Gangtok. The highlight of all Gangtok tourism packages is the cable car ride from Deorali to Tashiling Secretariat. The one kilometre stretch on the ropeway provides a bird’s eye view of the town and is one of the most popular tourist attractions in Gangtok. MG Marg, is the hub of Gangtok city life with hordes of roadside stalls selling their wares and several cafeterias and restaurants. A few kilometres from Gangtok lies Hanuman Tok, a temple dedicated to the Hindu God Hanuman. At an altitude of 7200 ft, this is a great spot to get away from the hustle-bustle of city life and breathe in the fresh mountain air.

Your High Road to Spirituality

Sikkim is home to several prominent monasteries and temples that bear testimony to the state’s religious and cultural diversity. The Kirateswar Mahadev temples dedicated to Lord Shiva on the banks of the river Rangit is a holy site for Hindu devotees who believe worship here will absolve them of their sins. Similarly, Samdruptse with a 135 ft. statue of Guru Padmasambhava, also known as Guru Rimpoche is a sacred site for Buddhist pilgrimage. Operators of Sikkim tours also include Solopok in their itineraries. With a massive 87 ft. statue of Lord Shiva, the pilgrimage site on Solopok Hill houses replicas of 12 jyotirlingas as well as the four sacred dhams of Hinduism namely- Badrinath, Jagannath, Rameshwar and Dwarka.

Sikkim is a favoured destination for honeymooners. With the snowy slopes of the Kanchenjungha as the backdrop Sikkim is an idyllic paradise of verdant valley, icy lakes, ancient monasteries and exquisite flora. It is the perfect getaway for couples offering some of the most beautiful but unfrequented spots in the country. Whether it’s the beauty of the floral backdrop of Yumthang or the thrill of walking on a bridge over a 70 ft. waterfall at Bhankari, Sikkim provides the perfect setting for a romantic holiday. Our Sikkim tour package operators have several tours designed exclusively for honeymooners. So come to Sikkim and create some special memories that will last a lifetime.